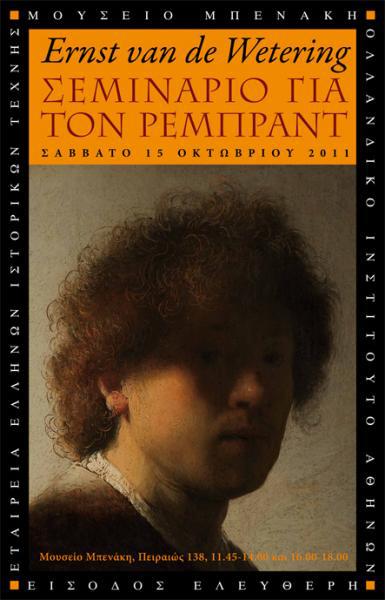 The Association of Greek Art Historians organized a seminar by Ernst van de Wetering on Saturday, October 15, 2011 at the Amphitheater of the Benaki Museum, 138 Pireos Street, Athens, Greece.

Professor Ernst van de Wetering is an eminent scholar of Rembrandt’s oeuvre and currently the chair of the Rembrandt Research Project.

Professor Ernst van de Wetering discussed the issue of authenticity in art works attributed to Rembrandt; the results of the Rembrandt Research Project; the interdisciplinary prospects in the discipline of art history; and the issue of Rembrandt’s theory of art.