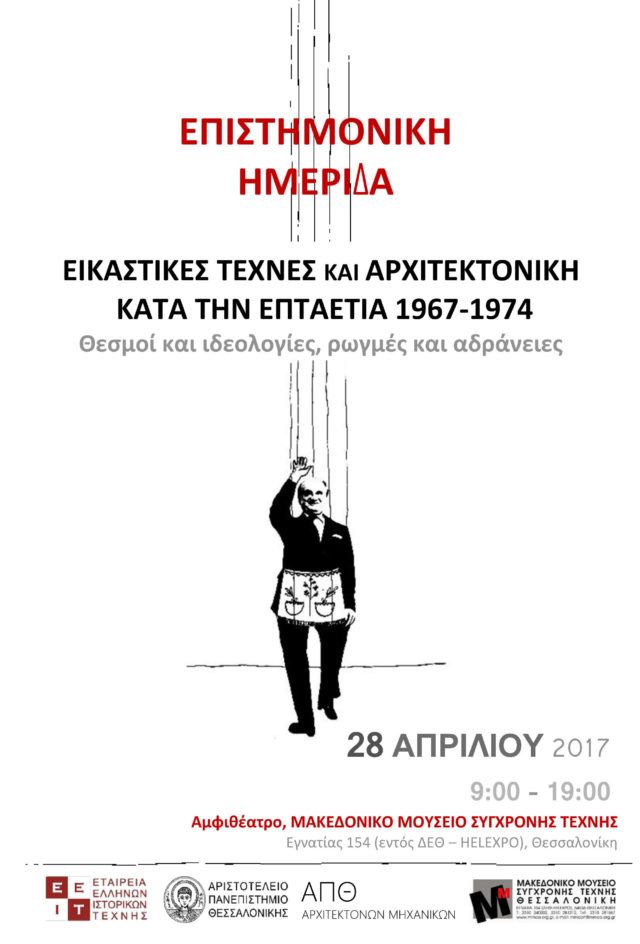 The colloquium marked the fifty years of the establishment of the Greek Military Junta on April 21st 1967, which lasted for seven years: 1967-1974.

It was the first time that research concerning the art production during the dictatorship was presented in the academic context of a conference.  The colloquium included 15 papers, which dealt with the work and action of Greek architects and artists during the Seven Years as well as a comprehensive evaluation of the role of visual arts and architecture during the Junta.

b. Greek visual artists in Europe

A display of the anti-dictatorship posters by George Argyrakis, which were exhibited in Berlin during the period 1967-1974, was organized as a parallel event to the colloquium.