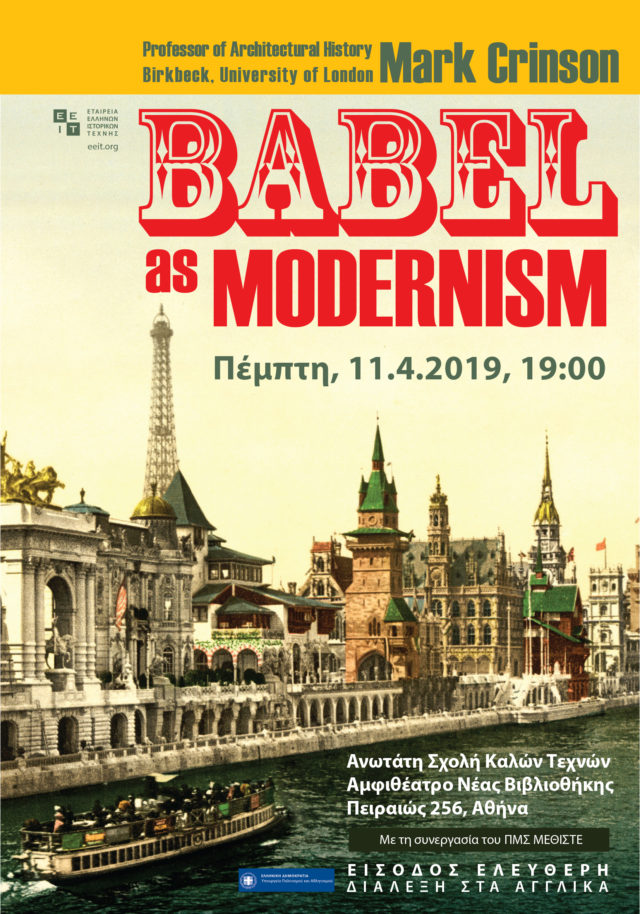 The talk given by Crinson was entitled Babel as Modernism. It discusses the implications of the ethic of internationalism – its hopes, its failures, its various forms – for modern architecture, which have long been set aside by architectural historians. In a book published in 2017 – Rebuilding Babel: Modern Architecture and Internationalism – Crinson tried to revive interest in this relationship, arguing both for its centrality to modernism and for its relevance for the present-day. In the present talk, he examines one form of internationalism in architecture, which he calls the ‘serried array’ and which he argues attained exemplary status in the Rue des nations at the 1900 International Exposition in Paris. While this is familiar material, Crinson casts it in a new light, first by thinking of it as a ‘fantasy-structure’, and then by showing how it was taken up by the modern movement that emerged in the 1920s with its close links to the international dispensation that was the League of Nations. He suggests that the serried array was transferred into modernism, if in a shifted form, without the same version of historical time and certainly without its surface effects of eclectic national identities, but with a very similar sense of national representativeness and of a collapsed geographical space.